The Magic of “I Don’t Know”

4Ever since I was a child, my parents made it very clear to my brother and I that “I don’t know” is never an answer; but in my parents’ defense, this was always our go-to defense mechanism when we had to explain why we did something that we knew we weren’t supposed to do. Aside from that, however, I have recently started questioning the rationale of “I don’t know” being an invalid response to a situation.

As of recently, I have noticed that we all feel the need to demand answers and know them immediately. Because of this, people end up giving false or half-hearted answers. We ask each other how we are doing, where we’re going to college, what we’re going to do with our lives, and the list goes on; but the one answer that seems to throw everybody off is “I don’t know.” Quite frankly, it pisses me off when I see the physical expressions in response to this phrase because it’s like we’re all expected to have our shit together 24/7. And you know what, it’s fine and perfectly normal to not have your shit together and not know what you’re doing or feeling.

This is not to say that it is okay to throw this phrase around all willy-nilly because you obviously don’t want to seem like an aloof idiot who quite literally does not have a single clue as to what is happening with their life. However, what I mean to say is that “I don’t know” is a perfectly valid answer to the questions that life hurls at you. I have always felt pressured to know everything and to be on top of the game, but that only sets my stress levels at an unhealthily high bar, and not knowing the answer to something makes me feel like I am a complete sack of dirt. But both of these are incredibly unhealthy mindsets, and you just have to find that middle ground—a reply that makes you feel neither stressed our nor stupid. That’s where “I don’t know” comes into play. Saying “I don’t know” honestly feels like a weight is lifted off of my back, and honestly, it’s quite magical. By saying “I don’t know,” you’re acknowledging that it’s human to not know everything; we’re not supposed to—we aren’t Google search engines.

So the next time you’re faced with a question where you genuinely do not know the answer to, whether it’s about planning your future or simply just how you’re feeling, it’s okay to say “I don’t know.” 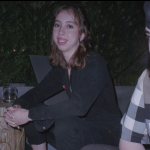