An evaluation of the Time’s Up movement: What do we do next?

When the Time’s Up campaign began on January 1st, 2018, it felt monumental. For once, people in positions of power would be held accountable for sexual harassment and assault. Women of all socioeconomic statuses would be supported to stand up while empowered to come together, backed by financial and emotional support from across industries.

A sea of black at the 2018 Golden Globes stunned E! commentators and showed the world the power of solidarity. Powerful women were the focus of the night, during which they called out industries for the gender pay gap, cover-ups of workplace assault and harassment, and voiced their concerns throughout the night. Yet, while many highly respected men have been forced to step down because of the #MeToo movement, Time’s Up, and more men and women coming forward, there is much to be done for sexual harassment, abuse, and assault to be eradicated from the workplace.

The goal of removing sexual abuse and assault both in and out of the workplace is a long-term struggle. While men like Harvey Weinstein, Kevin Spacey, Matt Lauer, Louis C.K., Robert Moore, and 200+ more, have fallen from public grace, institutional problems were the cause of the sustained suppression of men and women through sexual abuse, not just individual abusers.

While men and women who have committed sexual assault must be revealed and held accountable/punished, we must recognize the social and institutional factors that allow for these crimes to continue. A system of cover-ups, settlements, and threats against victims by industry leaders and producers prevents women from coming forward prior to the statute of limitations. Those who assisted in the long-term sexual abuse of victims must be held accountable by the public as well.

While the Time’s Up movement and #MeToo campaign have dramatically improved standards in and out of the workplace, these wonderful movements will only be successful if the general public continues to prioritize them. We cannot allow them to die out. Remember to always speak out, donate to victims of sexual assault/harassment, advocate for women of color, and support the grrls and boys around you. Together, we can achieve so much. You are not alone.

Links to donate to the Time’s Up movement and #MeToo campaign: 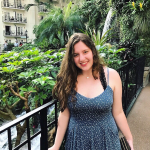 About the Author Sarah loves writing almost as much as she loves spending her time at the nearest D.C. art museum, farmer’s market or political rally.