Why It’s Okay to Live at Home in College

Over the winter break, I moved out of the dorm and back home so that I could put the money saved to more productive use. This decision was pretty tough because all of my best friends were on the same floor as me, and because living on campus is phenomenal when you’re running late in the morning. Being in college, I also felt as though I was back-peddling by living at home again. While my family is not very strict, residing outside of their watch was exceedingly freeing as a young adult. In fact, even though my house is a short five minutes from campus, living independently was the main reason I chose to move out in the first place. Naturally, I felt pretty defeated as I sat amidst piles of boxes after my dad left and I was left alone to unpack. I felt like I’d lost. Like I’d failed somehow. Keep in mind that I willingly made the decision to move back. Thus, I decided to make the best of it. After some thought—and a much needed inspirational talk with my super hero of a mom—I compiled a mental list of reasons why it is okay to live at home when you’re in college.

Regardless of your reasoning for living at home, there are a myriad of uplifting prospects to consider. Looking back, you will have had more time spent with your crazier-than-yours family; eaten fresh home-cooked meals instead of lumpy mashed potatoes on the daily; and saved a ton of cash. No matter your living situation, you are improving yourself by getting an education. Attending college is a feat in itself! Give yourself a break. Make the choices that serve you and your individualized growth toward success. 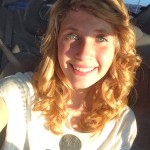 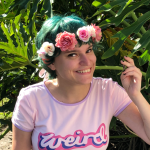